BTS performed their latest hit “Permission to Dance” at the United Nations General Assembly (UNGA) to spread the message of hope to everyone, especially the youth.

In the Sustainable Development Goals (SDG) Moments livestreamed on the UN YouTube channel on Monday, the global sensation showed a chill and fun take on the song.

Aside from dancing and singing in their suits, RM, Suga, J-Hope, V, Jungkook, Jimin, and Jin also danced outdoors with other people towards the end.

As of writing, BTS is dominating the Philippines’ Twitter trends with several hashtags and phrases.

In their speech, the group talked about seeing today’s situation as a “welcome” to better beginnings, rather than seeing it as an end to the goodness of life.

BTS arrived in New York with the Republic of Korea President Moon Jae In after being formally appointed as the special Presidential Envoys For Future Generations and Culture last week. 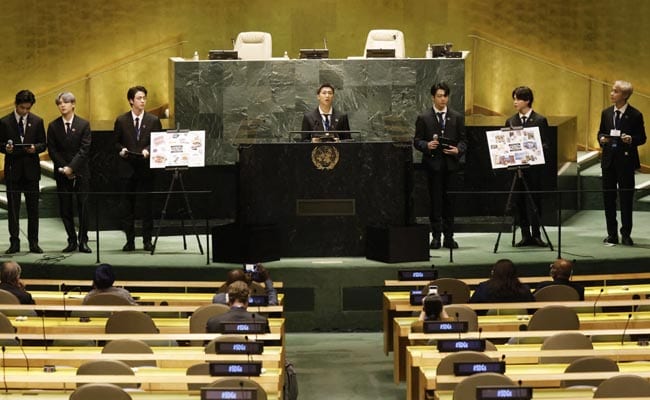 The SDG Moment is where leaders from all over the world gather to talk about how they can achieve the 17 SDGs, especially now in a global pandemic.

BTS has also been part of the campaign “Love Myself” with UNICEF, which aims to end violence on children and teens worldwide, “with the hope of making the world a better place through music.”

“Permission to Dance,” released in July, is BTS’ third English song, which promoted inclusivity through the use of sign language in its choreography. It was co-written by singer-songwriter Ed Sheeran.

Sonam Kapoor quits Twitter, says it has become too negative