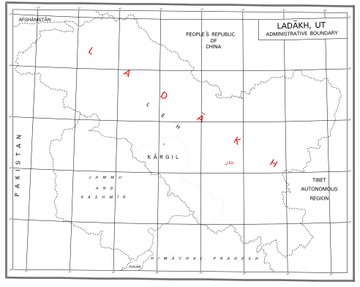 G C Murmu was on Thursday sworn in as Lieutenant Governor of Jammu and Kashmir and R K Mathur of Ladakh.

This means that the Republic of India now has 28 states and nine UTs. This is the first time a state has been converted into two Union Territories.

The union territory of Jammu and Kashmir will have an elected legislative assembly and council of ministers headed by the chief minister for a period of five years. However, Ladakh will be directly governed by the Union Home ministry through the lieutenant governor.

Both the union territories will have a common high court.

Government employees of the new union territories will start getting salaries and other benefits according to the recommendations of the seventh Pay Commission.

The Constitution of Jammu and Kashmir and the Ranbir Penal Code have ceased to exist from Thursday.

The proposed Delimitation Commission to redraw assembly constituencies in the Union Territory of Jammu and Kashmir will be set up by the central government, and not the Election Commission.

Encounter on in J&K’s Baramullah, militants fire at search party