The Hush Post|12:40pm| 1-min-read
Eighteen people have been injured in a powerful grenade explosion at the main bus stand in Jammu this Thursday afternoon. The bus stand lies in the heart of Jammu city.
The injured, according to media reports, are mostly bus drivers and conductors.
A grenade was placed under a bus, the police said. 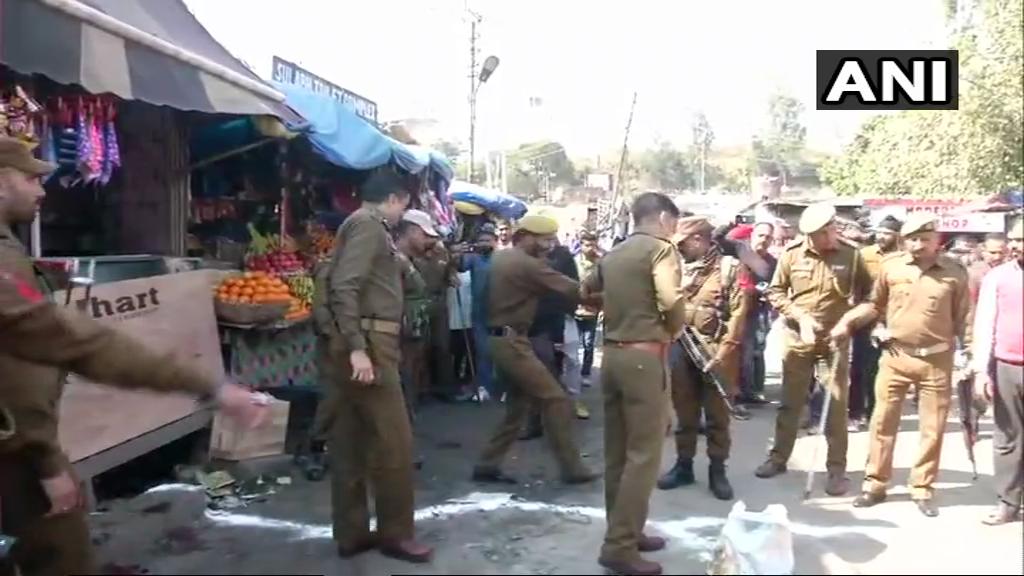 “The police is working on all the leads. We are collecting evidence and we will hunt them down,” a police officer told reporters.
Visuals showed security personnel guarding the area as a large number of locals gathered around the site of the blast.
Police immediately cordoned off the area. Sniffer dogs were brought in to scan the site.
“I thought it was a tyre burst. it was a big blast. The locals took the injured to the hospital in an ambulance,” an eyewitness told news agency ANI.
The explosion at the Jammu bus stand comes amid the strained relations between India and Pakistan.