The helicopters were flown to Chandigarh, which would be the choppers permanent base.

Chinooks are heavy-lift helicopters with twin rotors capable of transporting goods and cargo of upto 9.6 tonnes. It can carry men and machines — like heavy machinery, artillery guns , howitzers and even light armoured vehicles — to high altitudes and narrow valleys.

The first of the iconic machines became a part of the 126 Helicopter Flight squadron, which currently operates the Russian built Mi-26 choppers.
The CH-47F (I) Chinooks are expected to be used by the IAF in missions in Ladakh area, Kashmir and north-east regions.
The first Chinooks arrived in India from the US in a semi-knocked down condition in February. They were reassembled and re-tested before being sent to their Chandigarh base. 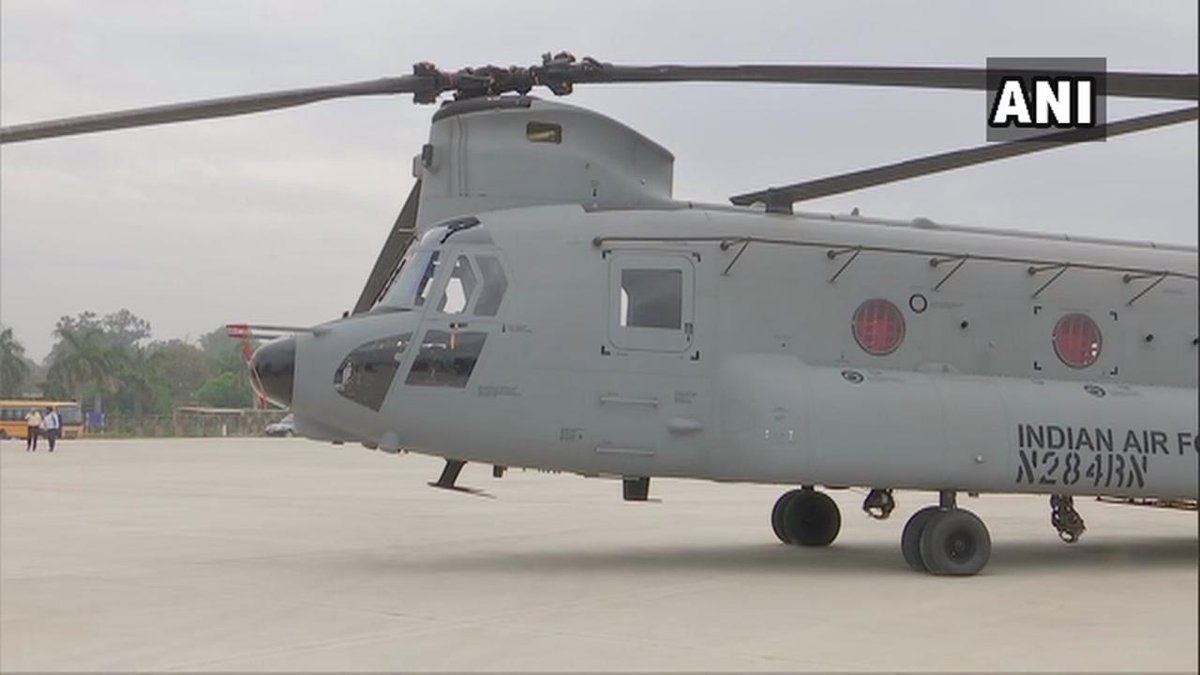 What you need to know about chinooks

Six more test positive in Chandigarh including a doc & cop

Akali leader Kolianwali gets relief from High Court, no arrest till...