Event1: In January, an unmasked Ravi Shastri defiantly marched past security onto the SCG for a training session.

Every other member of the Indian touring party donned a mask as they hopped off the team bus. The head coach had no interest in joining them.

Event 2: Sydney was in the midst of a Covid-19 outbreak that almost prevented the New Year’s Test from taking place. NSW had permitted only 10,000 spectators with all attendees told to wear masks when not eating or drinking. Shastri, however, thought he was exempt from such restrictions.

The Sydney Morning Herald’s Malcolm Conn, who worked for Cricket NSW at the time, has revealed that Shastri railed against the health protocols “every day” while in Sydney.

Event 3: Shastri attended the launch of his own autobiography at a London hotel last week alongside 150 maskless members of the public without gaining clearance from the ECB’s Covid compliance department.

An attendee told The Daily Mail: “It was horrid. No one wore masks, apart from waiting staff. It left me feeling very uncomfortable. Everyone there went over to Shastri to meet him”. 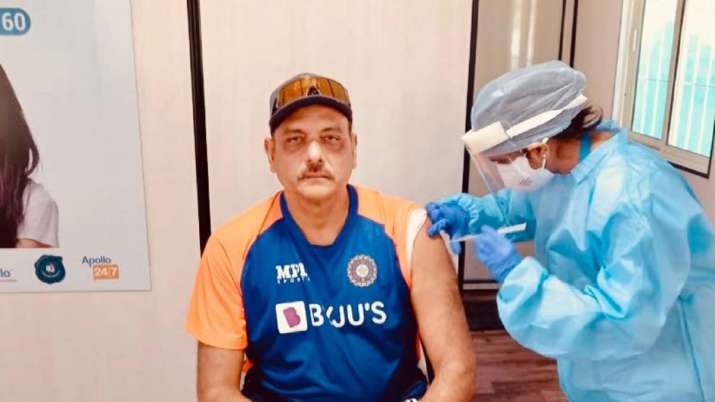 When assistant physiotherapist Yogesh Parmar also tested positive, India withdrew from the fifth Test in Manchester two hours before the start of the play, due to fears of a further increase in the number of Covid cases inside the camp”.

According to The Telegraph, the ECB is furious at Shastri for his book launch appearance. The report claims England sources have referred to the 59-year-old as “Patient X”.

Importantly, Shastri did not strictly break any Covid-19 protocols set by the ECB because the Indian camp had not been placed into a biosecurity bubble.

But according to The Times of India, BCCI secretary Jay Shah had advised every team member before the series to follow general social distancing norms and refrain from attending crowded events.

A BCCI official later confirmed Shastri had not sought permission from the board before attending the book release.

“This wasn‘t an official event that either of the boards had organised,” a BCCI official told The Times of India.

“The action of the team hasn’t gone down well with the (BCCI) Board.

“This incident has left the Board embarrassed.”

An isolated incident is forgivable, but Shastri has demonstrated a flagrant disregard for safety since the Covid-19 pandemic started.

“The Test has been cancelled because players were petrified of catching Covid and missing the IPL.

“In a week or so we will be watching the IPL and the players will be running around smiling and happy. But they should have trusted the PCR tests. We know a lot about this virus now. We know how to manage and handle it better. Players are double vaccinated and biosecurity can be raised very quickly.” the newspaper report reads.