The Hush Post/ 10:40 am / 2-min-read
Kangana Ranaut’s sister Rangoli Chandel is very protective about her little sister ‘Chottu’ aka Kangana Ranaut. We have heard her on Twitter speaking out her mind very often on issues, whether it is about Bollywood or individuals.
Interestingly, this time around, she is talking about herself. Rangoli posted a series of tweets to reveal her physical and emotional pain during the acid attack that she suffered a few years ago. From undergoing around 54 surgeries, complications in breastfeeding, losing an eye to Kangana beaten to death, Rangoli revealed many unknown aspects of the traumatic incident.
It appears her interaction on twitter was not planned, just spontaneous. A day ago she had shared her childhood pic with her mom and Kangana. Overwhelmed by the twitterati’s response,  she started pouring her heart out, unbridled. 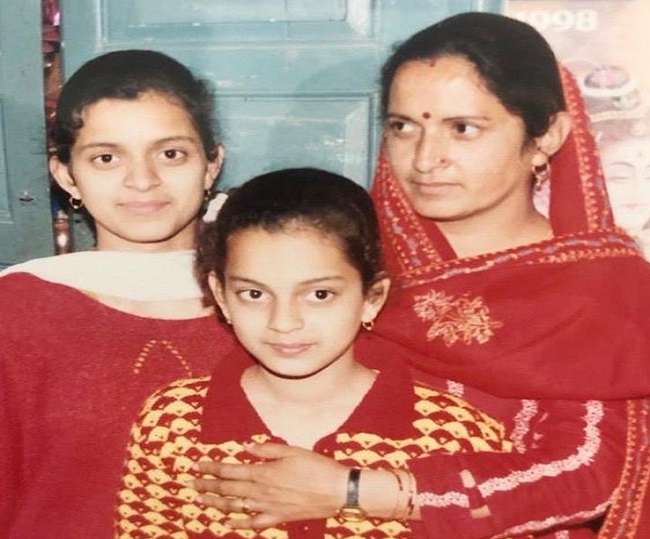 “OMG !! Such an overwhelming response to our childhood pics, a lot of friends asking for my pics from college, ha ha we were science students, we had no time for all this, still found one from the annual day”.
She wrote, “Shortly after this image was clicked, the guy whose proposal I refused threw one-litre acid on my face, I had to go through 54 surgeries strangely and simultaneously my little sister was physically assaulted and almost beaten to death for what?”
While she was tweeting about the mishap, Twitterati started interacting with her. Talking about the beauty, Rangoli shared a photo of her face after plastic surgery.

She mentioned how beauty was the last thing on her mind.
She wrote,

“Lots of people feeling sorry about the fact that I lost my beauty, honestly when your organs melt before your eyes beauty is the last thing you care about, even after 54 surgeries over a span of 5 years doctors couldn’t reconstruct my ear.

She tweeted, “I had lost one eye had a retina transplant, doctors took skin patches from all over my body and grafted my one breast which was severely damaged, during breastfeeding Prithu I felt many complications”.

“even now I can’t stretch my neck sometime itching in grafted skin is so bad that I wish I was dead… shockingly acid victims numbers are very high in India, the culprit was out on bail within few weeks, it was too painful to see him roam around freely.”

“Beauty was the last thing I cared about I was university topper but best years of my youth went in operation theatres, even though I had 90 percent burn still no reservation for acid survivors.”

Three brothers get themselves bitten by Black Widow so that they...

The Hush Post - May 24, 2020
The Hush Post| 13:46 pm|one-minute-read| Here is a case of a pharmacy owner making his little contribution and paving way for society to change their...

The Hush Post - May 21, 2020
The Hush Post| 18:07 pm|one-minute-read| An FIR was registered against actor and self-proclaimed film critic Kamaal R Khan in suburban Bandra, Mumbai. The FIR was lodged...

The Hush Post (RK) - May 21, 2020
With summers rushing in, doctors and health care professionals around the world are finding it difficult to work wearing PPE kits. Accordingly, a nurse...

The Hush Post - May 22, 2020
The Hush Post| 15:48 pm|one-minute-read| Some good news for COVID-19 patients. In a first, the first experimental use of plasma therapy to treat a coronavirus...