Cricketing legend Kapi Dev and gully boy Ranveer singh are in Dharamshala to shoot for the film ’83 .
Ranveer Singh, who was taking laps on the ground, came to the stands to greet the fans. As the crowd cheered, the actor greeted them with kisses and waved at them. He was dressed in Indian jersey and black shorts. 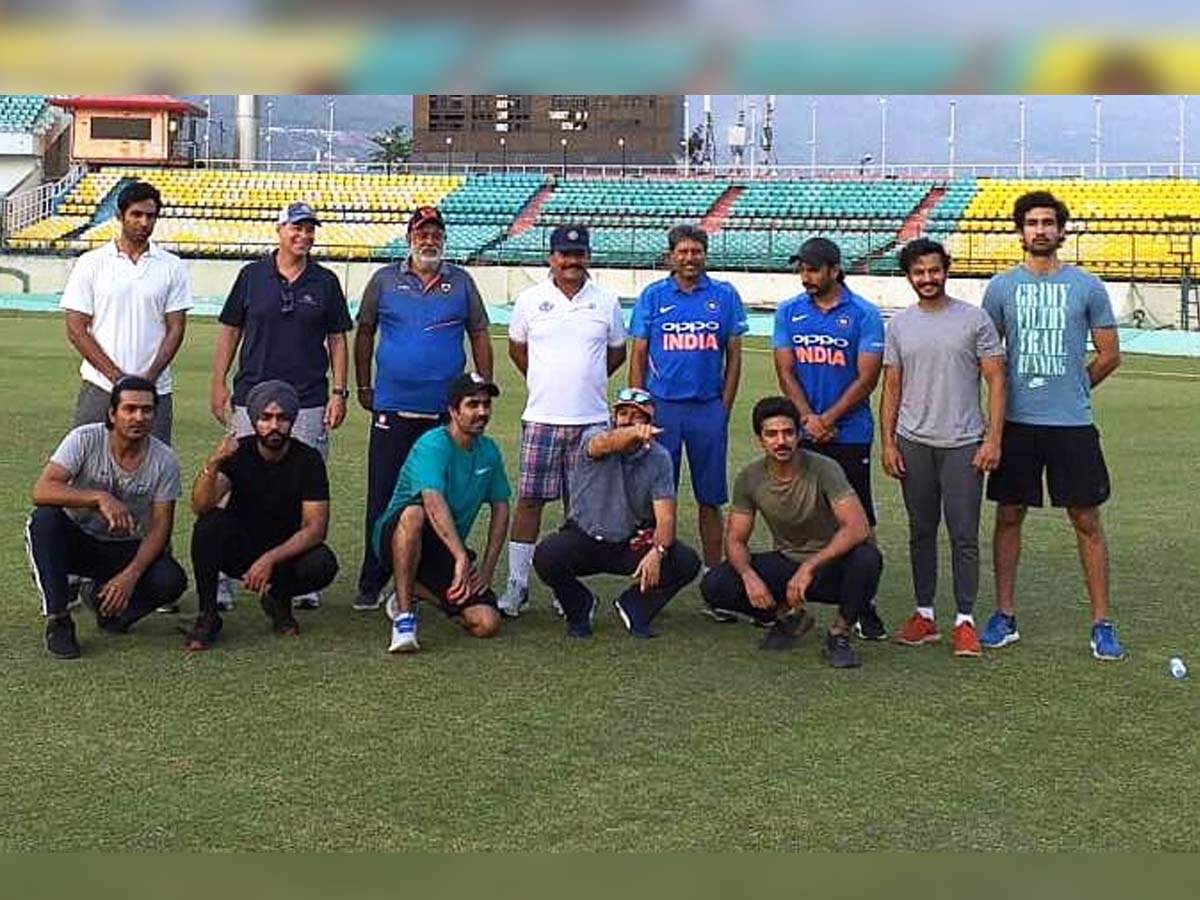 Captained by the then captain Kapil Dev, who led the Indian cricket team to its maiden World Cup win, 1983’s World Cup stays to be one of the most etched events in the minds of cricket fans.

Being directed by Kabir Khan, the film will release on April 10, 2020 in Hindi, Tamil and Telugu. It marks the first-ever trilingual release for both Ranveer Singh and director Kabir Khan.

The Hush Post - May 25, 2020
The Hush Post| 9:59 am|one-minute-read| Balbir Singh Sr, one of India's greatest hockey players, died on Monday. He was battling multiple health issues for over...

The Hush Post - May 25, 2020
The Hush Post| 21:46 pm |one-minute-read| A gurudwara was damaged in Derby, UK on Monday morning. The Guru Arjan Dev Gurdwara in Derby was subjected...

The Hush Post - May 28, 2020
The Hush Post| 14:54 pm|one-minute-read| A major terror attack, again in Pulwama, was averted by the security forces today. Vijay Kumar, IGP Kashmir stated this...

Three brothers get themselves bitten by Black Widow so that they could turn into...

“This is from where we are” Dharmendra shares Bobby’s picture from...

Parmish is out of hospital & shares poster of his upcoming...