The Hush Post|02:10pm| 1-min-read
A male and female patient were forced to share a stretcher while being wheeled to the X-Ray room at a hospital in Madhya Pradesh. The incident was reported from the largest state-run hospital Maharaja Yeshwantrao Hospital in Indore. 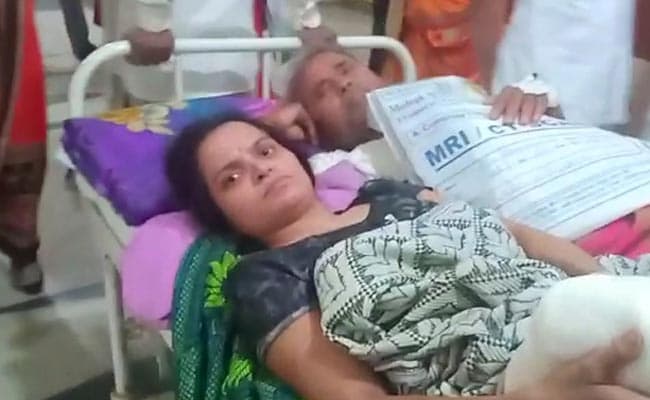 A woman patient Sangeeta had suffered a fracture in her right leg and had been admitted 12 days ago.
“My wife Sangeeta was admitted to orthopedic ward. Citing shortage of stretcher, she was taken for some medical examination with a male patient, her husband, Dharmendra, said. We were helpless as we wanted to get our patient treated due to which we became ready to allow her and the male patient on the same bed, he told a national daily.
When asked why there were two patients on one stretcher, Sangeeta said it was the doctor’s order.
After a video of the incident went viral, the Hospital’s medical superintendent Dr PS Thakur served show cause notice to on-duty staff, including doctors. He said that there was a shortage of stretchers and other facilities.
Madhya Pradesh has been rated as one of the poorest-performing big states in a report on medical infrastructure and facilities recently released by the NITI Aayog.

“Lene aa sakte ho to aa ajao,” man on way to MP from Delhi says before dying of heart attack

Before jumping, Kalpesh spoke to wife, transferred money to his daughters’...