#WATCH Slogans of 'Amar Rahe' raised as people pay last respects to Major Chitresh Singh Bisht in Dehradun. He lost his life on 16 Feb while defusing an IED which was planted by terrorists across the LoC in Rajouri's Naushera sector in J&K. Uttarakhand CM also present. pic.twitter.com/cjD5JYUi1h

Major Bisht’s body was brought home in a cortege at around 8:30 am on Monday. His mortal remains had reached the JollyGrant airport at 11:30 am on Sunday and the body was kept at the military hospital for the night. 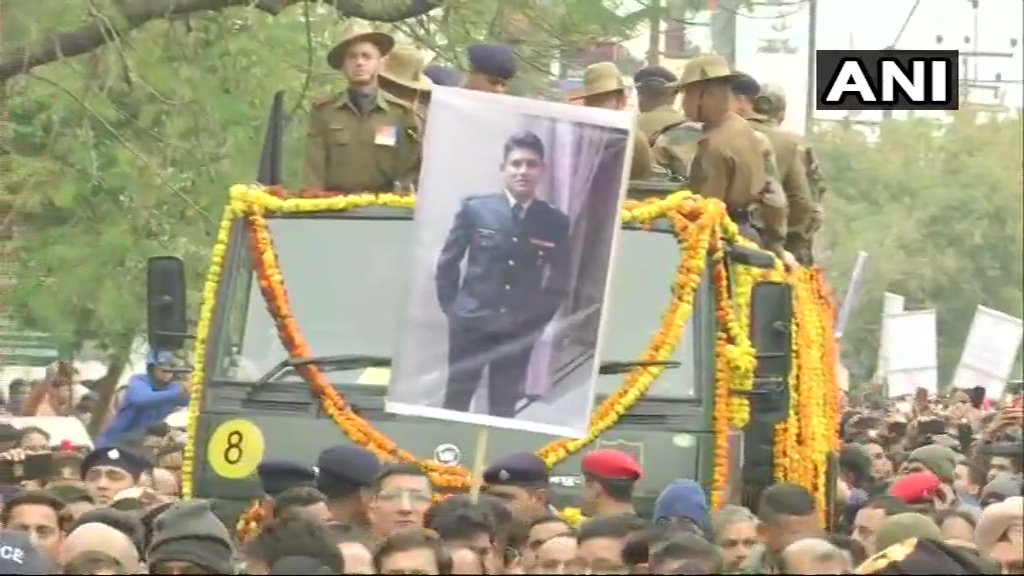 All roads led to his house in Nehru Colony in Dehradun where his body will be kept for people to pay their last respects. According to reports, the cremation will take place at Haridwar. Slogans of ‘Pakistan murdabad‘ ‘Major bisht amar rahe‘ rent the air. His brother Neeraj Bisht who lives in England reached on Sunday evening.

The family and relatives had been busy preparing for his marriage and he was to reach home on February 28 for his marriage. He had promised his mother to get her a saree of his own choice for his wedding. 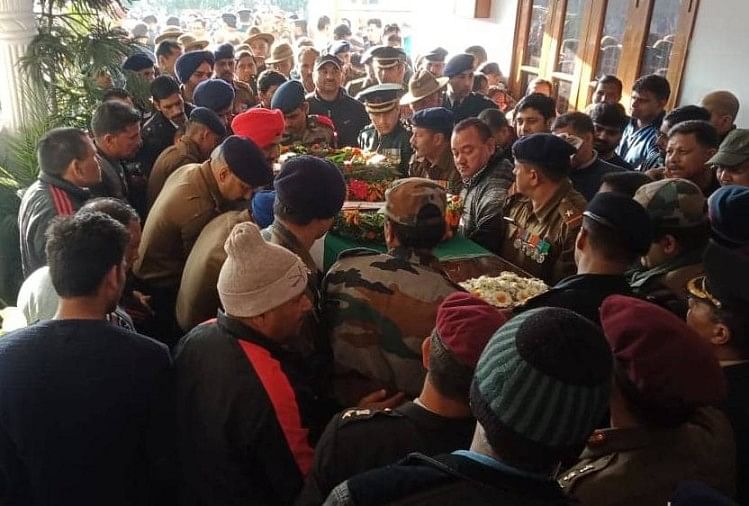 Uttarakhand CM was also present along with other army, police and administrative officers and common man thronging the roads.
He lost his life on February 16 while defusing an IED which was planted by terrorists across the LoC in Rajouri’s Naushera sector in J&K.

The officer was spearheading a squad of bomb disposal unit when mines were found in Jammu and Kashmir’s Naushera sector. While one mine was diffused, another went off.

Floods at Joshimath in Uttarakhand due to glacier break, over 150 labourers feared dead; WATCH VIDEO

Indian soldier slips in Gulmarg and reaches Pakistan |Details inside