Days after Pakistan’s Prime Minister, Imran Khan made headlines with his diplomatic protocol goof-up at the SCO summit in Bishkek, Kyrgyzstan, the Pakistan’s Tehreek-e-insaaf party unit of Khyber Pakhtunkhwa did something that took was even more hilarious. They live streamed a press conference on Facebook. But, with the cat filters on.

The press conference that had Shaukat Yousafzai, a Pakistani politician, talking about the decisions made in the provincial cabinet in Peshawar became fodder for some online jokes. 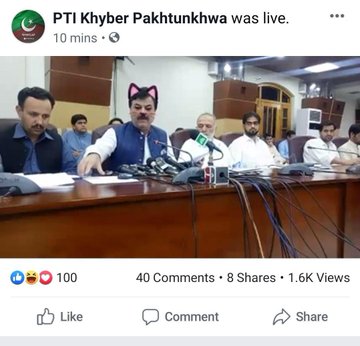 Journalist, Naila Inayat was the first one to take notice that the cat filters had been enabled. Even the Facebook users, who were watching the live stream started messaging the page admins to disable the filter as the politician had turned into a cat. This is the most hilarious thing that we have seen today. 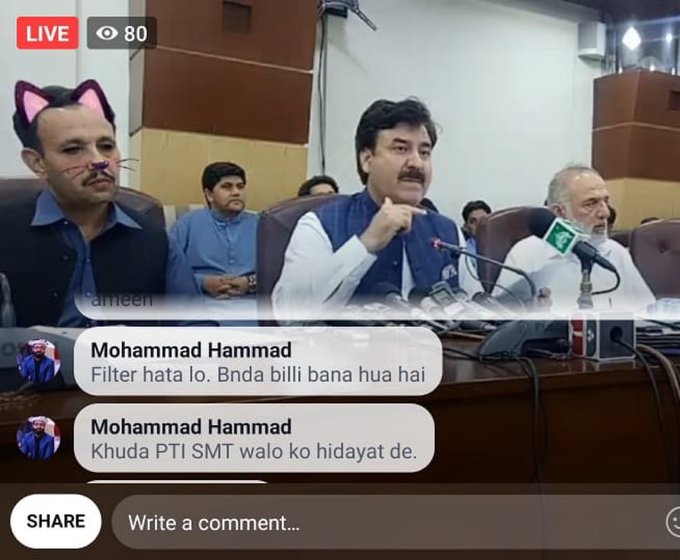 Kanhaiya-Kishor current in Bihar polls? Political pundits do not rule out possibility

The Hush Post (SKV) - February 22, 2020
The Hush Post |11:26 am|one-minute-read| Singer Mika Singh's manager Saumya Khan who had died on February 3 allegedly killed herself in Andheri in Mumbai after...

The Hush Post (SKV) - February 21, 2020
The Hush Post| 6:13 pm|one-minute-read| Ever seen a dog playing cricket, rather keeping wickets? Well, that and much more. Veteran actress and talk show host...

The Hush Post (SKV) - February 18, 2020
The Hush Post| 2:33 pm|one-minute-read| Former Samajwadi Party leader Amar Singh took to Twitter and said he regretted his 'overreation against' Amitabh Bachchan and his...