Prime Minister Narendra Modi broke down on Saturday when a woman beneficiary of his government’s health programme ”Jan Aushadhi Diwas” spoke to him one-on-one.

The PM turned emotional when a woman from Dehradun, Deepa Shah, who suffered paralysis in 2011, told him that she had seen in him God.

“I have not seen god, but I have seen god in you,” she said as tears rolled down her eyes.

The woman said this while interacting with the PM through video-conference on the occasion of Jan Aushadhi Diwas.

On hearing this, PM Modi was visibly shaken and became emotional as the woman repeated her remark. The PM seemed almost in tears.

She also thanked the Uttarakhand Chief Minister and others who had helped her all along and said doctors had once told her that she cannot be cured. “But on hearing your voice I have become better,” she told PM Modi while profusely thanking the Prime Minister for his efforts to reduce the cost of medicines. 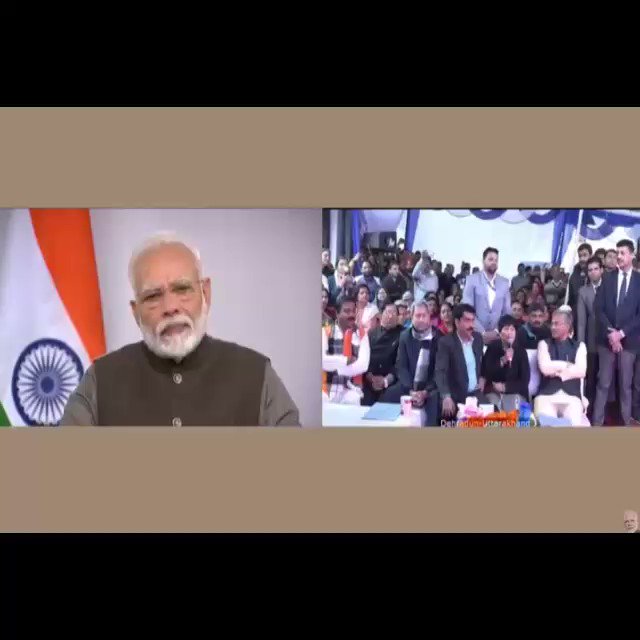 An emotional PM Modi paused for a moment before telling her that it was her courage that had won over her disease. He also said that she should carry on with the spirit and courage, she had.

Shah was expressing her plight and how she had suffered due to high cost of medicines after she suffered from paralysis in 2011 and has now started saving Rs 3,500 every month after benefitting from the government’s low-cost generic medicines programme.

16 out of 78 Afghans evacuated to India test Covid +ve

Floods at Joshimath in Uttarakhand due to glacier break, over 150 labourers feared dead; WATCH VIDEO