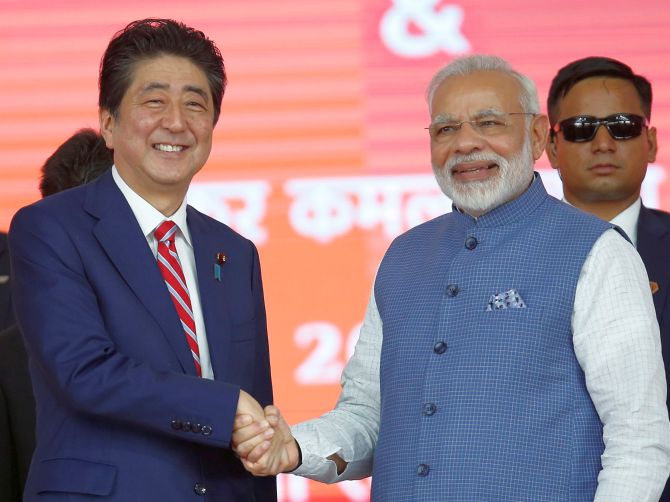 There have been huge protests in the last two days over the Citizenship (Amendment) Bill. Thousands of people came to the streets despite prohibitory orders demanding scrapping of the bill. At least two persons died due to bullet injuries on Thursday. This, after the cops opened fire on protesters in Guwahati.

On Wednesday, protesters pulled down hoardings erected in central Guwahati to welcome Abe.

According to Japan’s Jiji Press, Abe could cancel his trip to India.

“The Japan and the Indian governments continue to look for the last possibility,” it said.

Sources said a Japanese team visited Guwahati on Wednesday to take stock of the preparations.

Meanwhile, PIB Hindi on its Twitter handle posted a photo of Commerce and Industry Minister Piyush Goyal with his counterpart from Japan.