The remarkable evacuation of Allied troops from Dunkirk in France was a pivotal moment in World War Two. What is not well known is the story of nearly 300 Indian soldiers who were also part of the contingent. Christopher Nolan’s film ‘Dunkirk’ gave us a sneek peak into what travails the troops faced at the port city of Dunkirk.

Over the course of nine days in May 1940, more than 338,000 Allied forces were evacuated from the beach of Dunkirk as the German military bore down on them. In this sea of European servicemen was Major Mohammad Akbar Khan, an Indian soldier.

On 28 May, he led 300 Indian soldiers and 23 British troops in an orderly column along the bombed-out harbour to the East Mole, the nearly mile-long wooden jetty which featured in Christopher Nolan’s epic 2017 film, Dunkirk.

The imposing 6ft tall soldier returned to India after the war and later became a senior officer in the new Pakistan army. The British-ruled India was then divided into India and Pakistan in August 1947. He was made a military aide to Muhammad Ali Jinnah, the man who founded Pakistan, wrote more than 40 books, and met Chairman Mao on a visit to China.

Indian soldiers like Major Akbar who were evacuated from Dunkirk have been completely forgotten, according to British historian Ghee Bowman.

Bowman spent five years in five countries, tracking down lost archives and photographs from family albums and talking to descendants of the soldiers.

The Indian soldiers belonged to the 25th Animal Transport Company, who had travelled 7,000 miles (11,265 km) with their mules to help the British army. All but four of them were Muslim.

They wore khaki, tin helmets, caps and pagris (turbans). They carried no weapons, because none had been issued when they left Punjab six months before they landed in France. 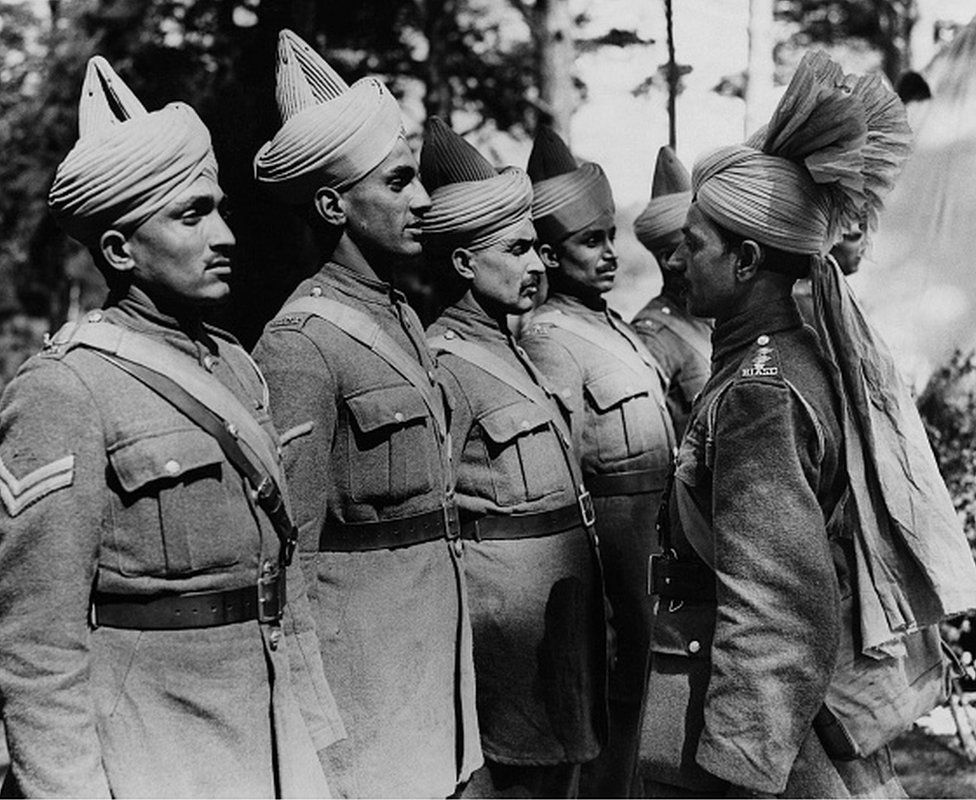 In the bitter winter in France, the British army needed mules to replace motorised vehicles to carry supplies. But as they lacked “animal-handling skills”, the Indian troops were deployed to help them.

What happened with the Indian soldiers in Dunkirk has been unclear.

“The story of these soldiers and their comrades is one of the great untold stories of the war,” said Mr Bowman, author, most recently of The Indian Contingent: The Forgotten Muslim Soldiers of the Battle of Dunkirk.

Take, for example, Chaudry Wali Mohammad, who later recounted that “German planes [were] like terrible birds flying overheard and firing on us… I did not sleep for 15 days”. He and his contingent reached Dunkirk on 23 May.

“We didn’t think we would come out of Dunkirk alive… Everything was on fire. The whole of Dunkirk was alight. There were so many fires it was like daylight…

“The ship we were supposed to board was sunk. We got down to the beach and found the ship had sunk, so then we had to run back to the woods,” he later recalled. Two days later, Mohammad and his troops were evacuated.

Then there was Jemadar Maula Dad Khan who was feted for showing “magnificent courage, coolness and decision” in protecting his men and animals when they were shelled from the ground and strafed from the air by the enemy.

“I don’t think the significance of Indian soldiers lies in their numbers. It’s in the simple fact that they were there, as Indians, as citizens of the Empire, with a maulvi [Muslim priest] and pagris, and a whole different way of looking at the world,” Mr Bowman said.

These men had spent much of 1940 in a village in northern France, just north of the city of Lille. Braving a biting winter, they exercised and fed their mules. They met local villagers, charming packed audiences with their “weekly gymkhanas where they performed tricks on mule back and danced bhangra [an energetic folk dance from Punjab]”.

Things changed rapidly in May when the Germans attacked France, and “within a space of two weeks, from being part of a well-ordered, disciplined, multi-national army, the soldiers were part of a chaotic retreat to the coast”, says Mr Bowman.

On reaching Dover, the historian says, they played Punjabi folk music, upon which even “many British spectators joined in the dance”.

They were welcomed into British homes and hearts, and had a set of toy soldiers reproduced after them.

Their lives had changed as they travelled from India to villages and towns across Britain and France until they returned home after the end of the war. Some were captured by Germans and held in prisoner of war camps in France, Germany, Italy and Poland.

Man bites mother-in-law’s nose and his father slashes her ear over...