As the world celebrated Yoga Day on Friday, the dog squad of the armed and paramilitary forces were not far behind.
They practised asanas along with their human counterparts.
There is a yoga for dogs, known as ‘Doga’, which was started by Suzi Teitelman at New York in 2002.

Since 2015, the International Day of Yoga is celebrated annually on June 21.

Here are some interesting pictures and videos of dogs practicing yoga with soldiers:

#WATCH Dog squad of Border Security Force performs yoga along with their trainers on #YogaDay2019 in Jammu. pic.twitter.com/TTN2vAgbeS 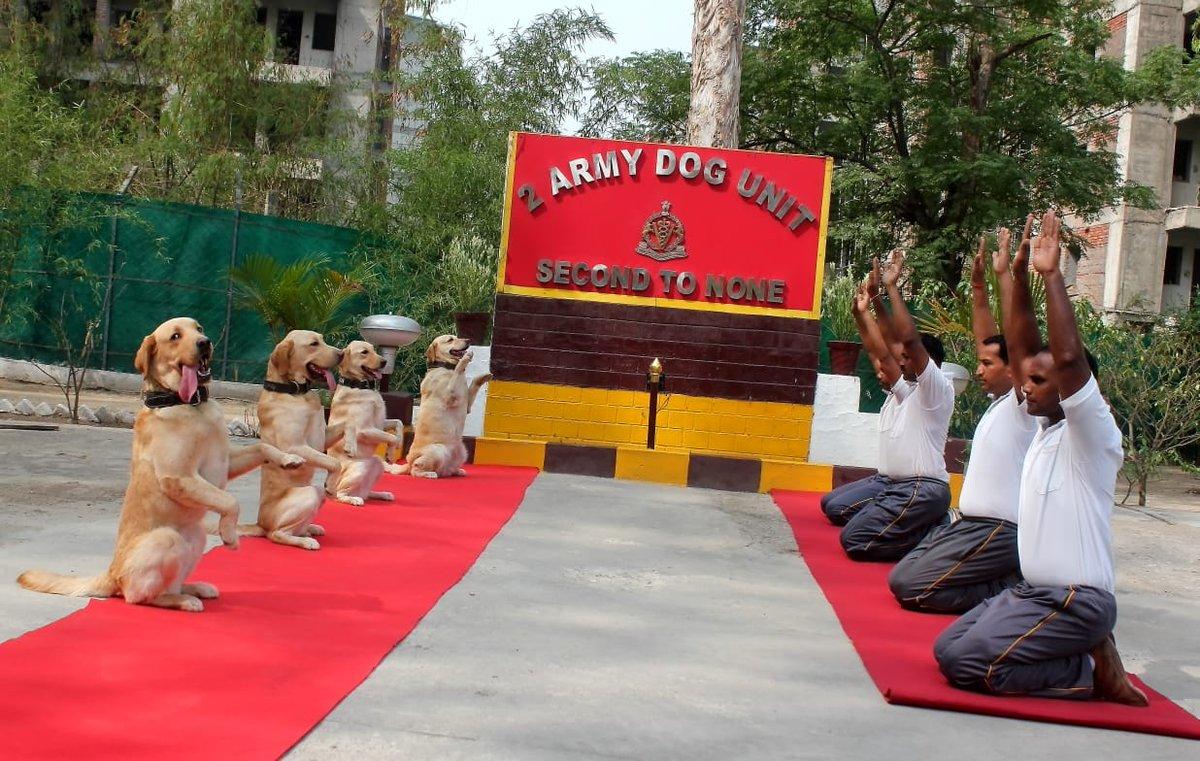 I took notes of farmers in Tihar on my legs: Mandeep Punia